Our Experience Launching the Same Project on Product Hunt Twice 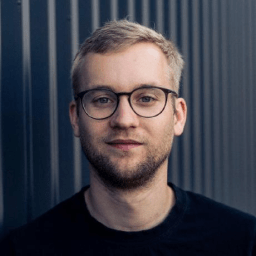 Here are the key takeaways:

I recently stumbled across this post on Indie Hackers about whether Product Hunt is a useful platform to launch your product on, and I thought I’d share some of our experiences.

The author of the post makes a statement that you need to artificially generate some upvotes so that people will see your product on the front page. And unless you have an outstanding product that solves an issue no one has seen before, I think this is true.

So far, we have launched two products. Both were first released in beta and got a full release later on. Our first product (which is now discontinued) had a single beta launch on PH, generating 162 upvotes to this date. We later changed the title and removed the “beta” flag. It didn’t make it into the top list, and it was frustrating to see some side projects created on a weekend getting more upvotes than our two-year-long effort to create a revolutionary product.

For our second product, Pirsch Analytics, we took a different approach. If you search for it on PH, you will notice that there are two entries. One for the beta and one for the full release about half a year later. Disappointed with our first time, we didn’t take the PH launch too seriously this time, but we still put in everything we’d learned from our first attempt.

The beta launch has about 75 upvotes, compared to the much better 329 upvotes for the full release. The main difference between these two launches is that we could build an audience before “wasting” the main launch.

Using this approach, we acquired our first few users and got some feedback. We also reached out to users that have registered before via email, on social media, and from our dashboard (through the news dialog) to upvote or leave a review. Our very first beta customer hunted our product on full launch, mobilizing even more users. Listening to feedback helped us to make design changes and improve the screenshots.

Think of your post like it is your temporary landing page and apply the same principles. How can you stand out and in what way can you arouse interest? Take a look at the questions you received on your first post and build the answers into your maker comment. This also helps to come up with answers to new questions possibly asked.

When making your first steps into the Indie Hacking world, you might think that PH is the key moment that will either define success or failure. While in reality, it’s just one of many marketing steps to take, and you should treat it like that. PH isn’t special in this regard.

How to Switch From Google Analytics (and Keep Your Data)